It is very clear that one of the biggest health problems in the modern age will be obesity. The heavy increase in weight creates metabolic problems and also aesthetic problems. Nowadays, liposuction has become the number one surgery in the world, which is done for aesthetic reasons. Liposuction is the procedure to remove the sub dermal fat layer through small tubes by vacuuming. It can be done either under general anesthesia or local anesthesia. Liposuction is a surgery which is performed for many years and of which the effects are well known. In the last years, much better results are obtained and the patient comfort has increased due to technological developments. The biggest innovation in liposuction surgeries is digesting the fat inside tissues by using technology and reducing the loosening of the skin.

The fat tissue in the body has the appearance of a honeycomb in a 3-dimensional format and is tightly adhered to connective tissues. In the surrounding of connective tissues, there are often nerves, capillaries and lymph vessels. The aim was the removal of the fat in such a way, that these tissues are damaged as less as possible. Regarding this, it has been provided through the usage of ultrasound energy to separate the fat very easily from connective tissues without damaging the nerve tissues and the vessels. As a result, the fat, which has been dissolved with Vaser, can be vacuumed much easier. As the trauma is much lower, it causes less pain, swelling and edema. Patients recover faster and return to their normal lives.

For the dissolving of fat and for the contraction of skin, laser energy can be used. During a detailed examination prior to the liposuction, the quality of the skin is evaluated. A skin which has not lost  its elasticity and has no stretch marks, is an ideal skin for liposuction. For patients with a bad skin quality and excess skin, lifting surgeries should be considered. Additionally, especially the strength of the muscles under the fat layer in the abdominal region should be taken into account.

The usage of liposuction has the goal to remove the resistant fat layers in different parts of the body, which do not disappear with exercise and diet and to enhance the body contour. It is under no circumstances a surgery with the aim to lose weight. The procedure can be applied on nearly every part of the body and especially on the neck, arms, abdomen, back, hips, thighs, legs and knees.

The operation time can vary between 1-5 hours according to the part of the body where liposuction will be applied. The procedure is accomplished through 3-4 mm small cuts on the skin and generally does not cause any visible scars. After the surgery, the patient wears a corset, which presses slightly the operated area. Within the first three days, the edema will increase steadily. After the third day, they will go back very fast. In the sixth week, it can be expected that 70% of the edema to regress. Because of the edema, the weight loss is not very visible in the first weeks. In the coming weeks, the result will become more visible. The most common and unwanted result after liposuction surgeries are unevenness on the skin. In order to prevent this, is is important that the fat should be removed quiet homogenously during the surgery, the corset should be worn regularly and the concerned areas should be massaged regularly. The most frequently asked question is if excess fat will be accumulated after the surgery in those body parts, where no liposuction has been performed. Even if the patient gains weight after the surgery, it will be distributed in a more balanced way. 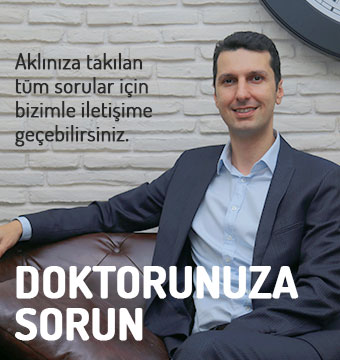